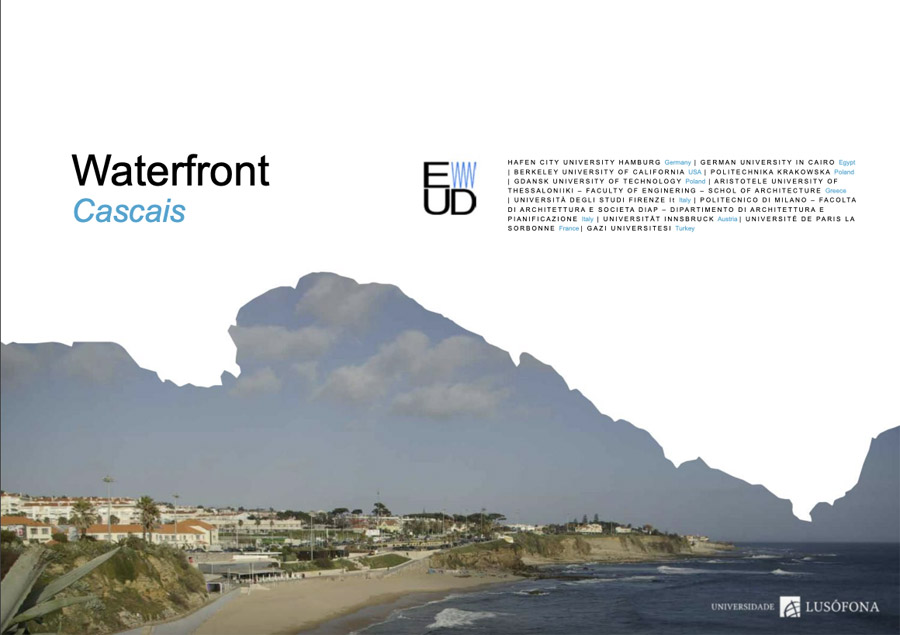 Waterfront books present the outcomes of EWWUD – European Workshops on Waterfront Urban Design, which have been organized by DAU-ULHT since 2010. EWWUD are international workshops that gather researchers and architecture and urban planning students from several continents in an event for cooperation and sharing of knowledge, and of broad experience and differentiated pedagogical approaches.

EWWUD 2011 Waterfront Urban Design - An Heritage for the Future

This new book, Waterfront Tagus River Gateway, features the outcomes of EWWUD 2017, that gathered professors and students from seven European countries, and the outcomes of Tagus Mouth Joint Studio ULHT-UNSW 2017, that brought to Portugal a large group of students from University of New South Wales – Sydney, Australia. Both events analyzed sites on the Tagus Estuary located on the waterfronts of Almada and Oeiras municipalities, aiming to conceive proposals to mitigate the heightened risk brought by climate change.

If the representatives of the ports favor the efficiency of the maritime activity on the one hand and the municipal leaders seek to improve the quality of life of their citizens then the exchange of good practices between the port cities is necessary, in the sense to support the port in its expansion and relocation, and to produce a regeneration of the urban seafront that integrates neighborhoods and their citizens. 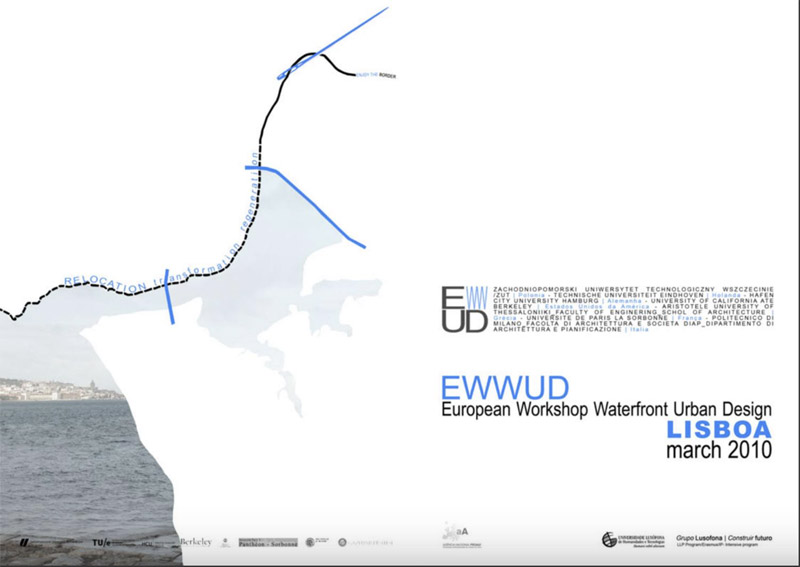 EWWUD 2011 Waterfront Urban Design - An Heritage for the Future

The second edition of the EWWUD European Workshop on Waterfronts of Urban Design completed the work that started in 2010.

The estuary presenting diverse situation was the motif of covering four other locations: Margueira, Barreiro, Poço do Bispo and Docapesca. The methodology was based on the presentation of these four waterfront situations and the organization about the historic and the geographic conditions, field trips, presentation of lectures conduced by architects involved with new masterplans and technical staff from the municipalities developing work for each particular location on the Lisbon estuary. The research is made prior to the workshop, it intends to create a body of knowledge that is free from political pressures and cross it the projects developed by public or private responsible. The information collected covers a wide range that is useful for defining particularities of local culture. 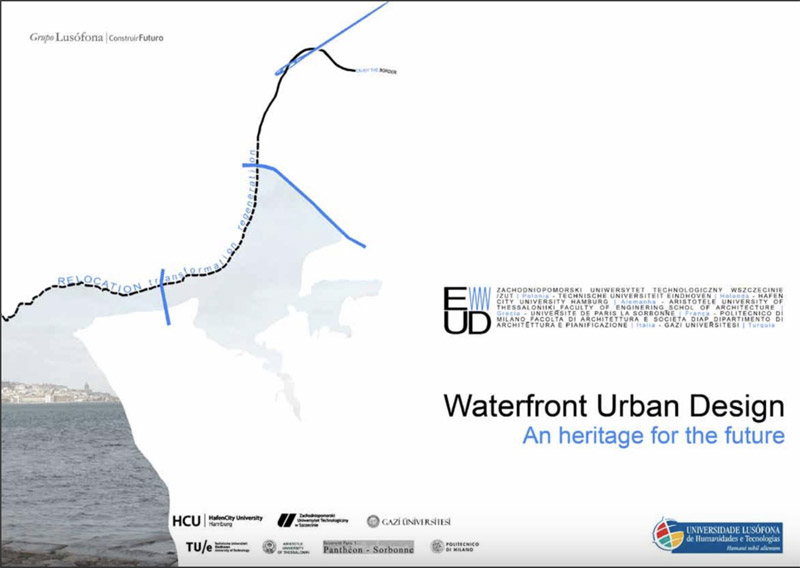 The third edition of European Workshop on Waterfront Urban Design (EWWUD) is dedicated to region of Sines. Ten schools of architecture and Urban Planning came to Portugal to work together in March 2012.

The initiative brought one hundred participants from fifteen countries: graduate students and teachers exchanged their own views regarding the future increment of the waterfront.

During the workshop they had the opportunity to analyse, discuss and formulate hypothesis for the sustainable development of the region, based on the preservation of environmental quality and growth of the discussion, to imagine a process that aims a better future for the whole region. 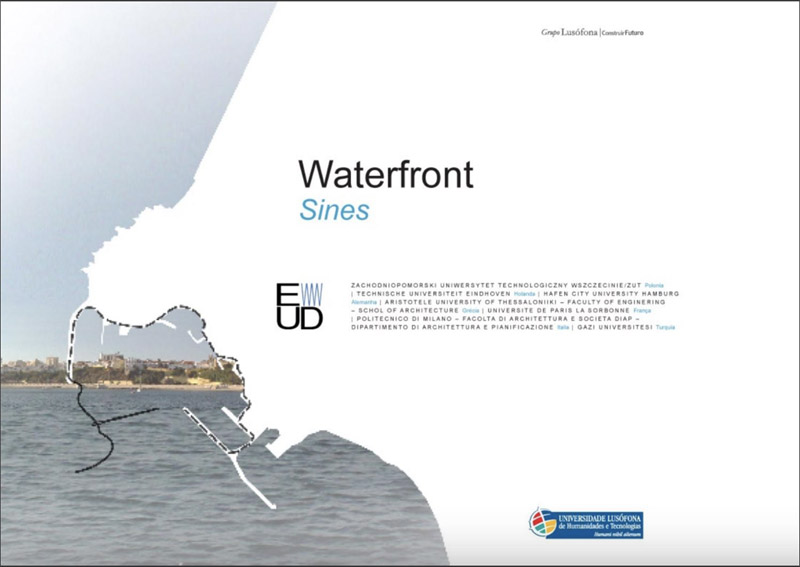 The fourth edition of the European workshop on waterfront urban design (EWWUD) is dedicated to region of Cascais.

Eleven schools of architecture, landscape architecture and urban planning came to Portugal to work together in March 2014.

The initiative brought fifthly participants from various countries in Europe, Africa and the United States : graduate students and teachers exchanged their own views regarding the present challenges of the waterfront facing climate change.

During the workshop they had the opportunity to analyze, discuss and formulate hypothesis based on the preservation of environmental quality and development of survival strategies to face global warming. 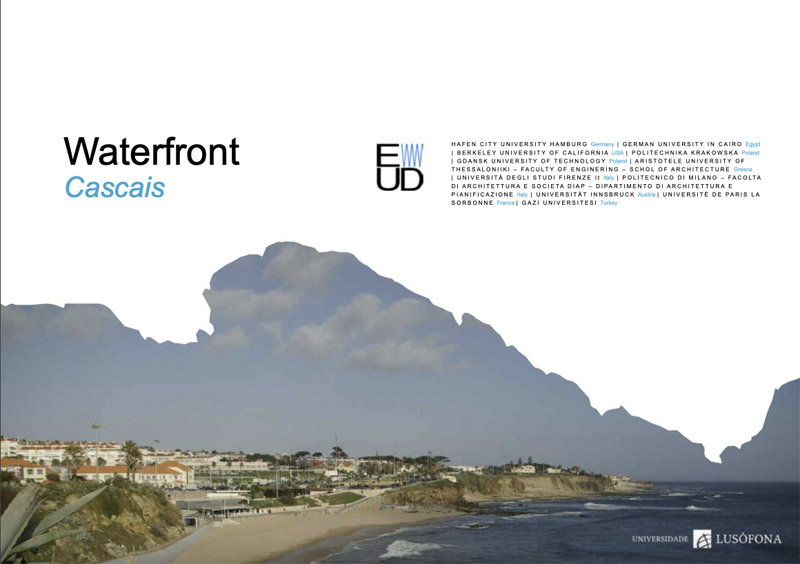 The fifth edition of the European Workshop on Waterfront Urban Design (EWWUD) is dedicated to human who, throughout the centuries, have migrated in search of better conditions. The migrant is either escaping from wars or genocides, plagues or natural catastrophes. Migrating movements acknowledge the precariousness of humans, the difficulty to adapt to extreme conditions generated by natural of man made disasters.

From the architecture an urban design perspective, new questions are raised to respond to change, adapt and to host. The necessary response bring new opportunities that are to be designed but before diving into design proposals the group discussed the present condition of a humanitarian condition using the territory of Cascais as a laboratory. 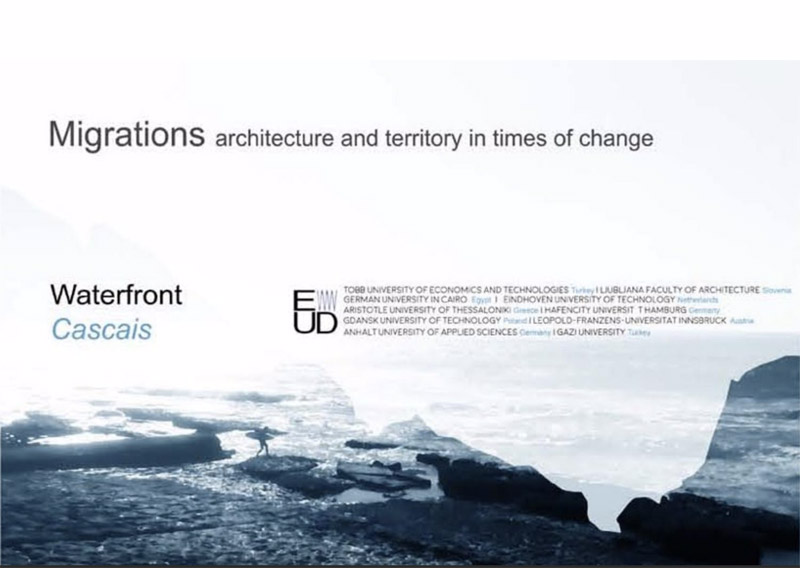 In 2017, professors and graduate students gathered in international teams and shared their local expertise. Imaginative solutions inspired by the creativity natural to the academic environment are valuable to raise new questions and address the situation from different perspectives.

In 2016, the previous publications of results of the European Workshop on Waterfront Urban Design (EWWUD) highlighted the impact of climate change and its climate change effects on specific waterfront sites.

Considering that each year there is an increase of the potential for extreme climate events and of risk, the central question is how to adapt waterfront areas, buildings and public spaces. 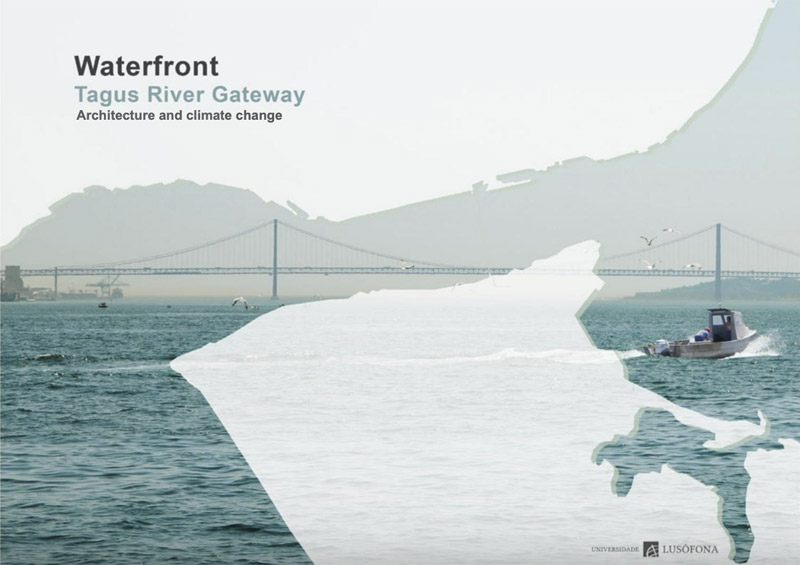