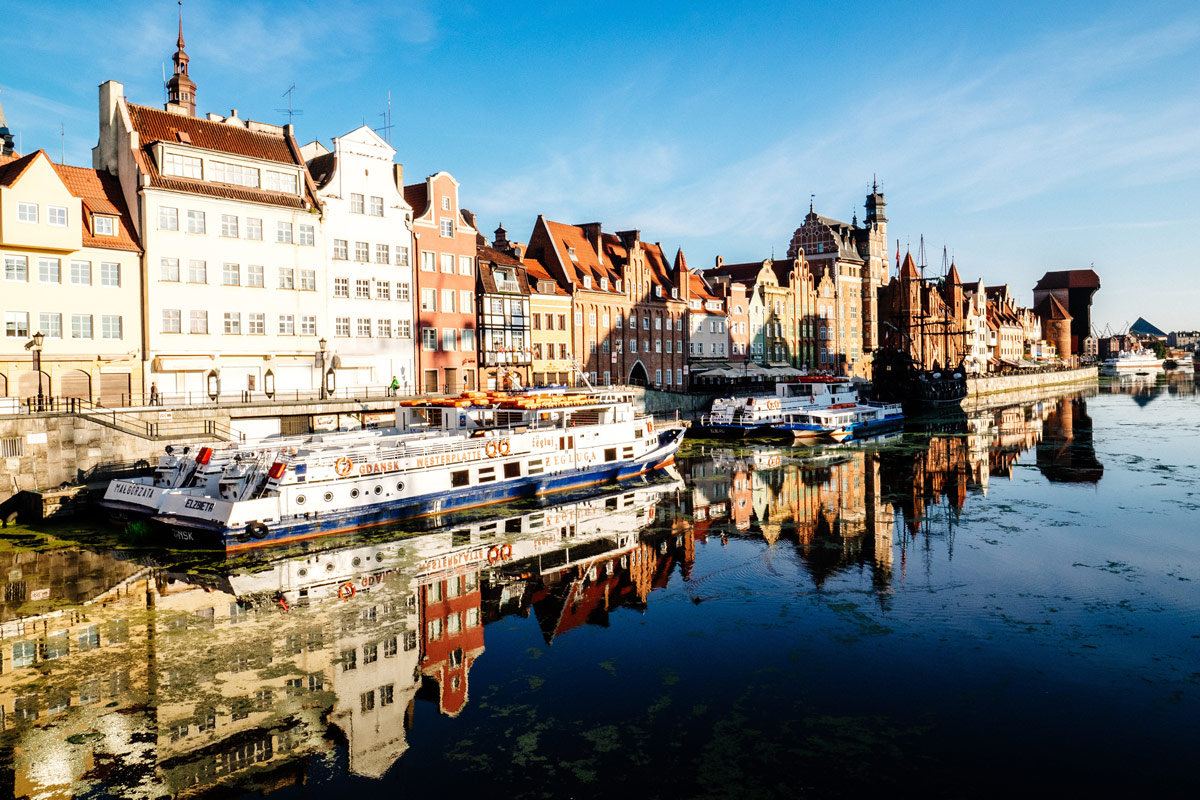 THE CITY OF SOLIDARITY AND FREEDOM

Gdansk is a vivid, historic and industrial city located in the Southern part of the Baltic Sea.  Nowadays it is the largest metropolitan area of Northern Poland. Together with the city of Gdynia, Sopot and the neighboring smaller towns, it forms almost on. e million inhabitants agglomeration.

Our project idea is strongly related to the culture-led urban regeneration, let me start with some important facts from the history of Gdansk.

In medieval times, Gdansk was a member of the Hanseatic League, its economy was based on international and maritime trade, crafts, port activities and so on. The city was a melting pot of different nationalities, languages, religions, and cultures. Gdansk belonged to The Kingdom of Poland but has a very independent position and many privileges. The Hanseatic past is reflected in the architecture of the old town.

In the second part of the 16th and in the 17th centuries thanks to the very tolerant attitude of The Kingdom of Poland towards the protestants, Gdansk in its “golden age” attracted many refugees from the Netherlands, France, and Germany. Thanks to the excellent architects from the Netherlands who came to Gdansk  the old town of Gdansk looks like a small Amsterdam.

After partitions of Poland towards the end of 18th century, Gdansk became a Prussian city. After the first World War in 1920 victorious France, Britain, and the US decided to form the Free City of Gdansk under the League of Nations. The status of Gdansk was a burning question between Poland and the Nazi Third Reich and it was in Gdansk where WWII began.

Gdansk was always important to the Polish maritime economy and trade, but also to the identity of the country and its political life of. Let me mention the Solidarity movement of 1980 which was born in the Gdansk shipyard.

Nowadays Gdańsk has both a long-term vision of development and open space, where the city’s future is not confined within its administrative boundaries but consistently refers to the whole metropolitan area and takes into account the development tendencies of the region, Poland and Europe. The city attracts new inhabitants, students, tourists, and entrepreneurs. Gdańsk has not only economic potential and cultural value grounded in the city’s history, heritage and ethical code, but also a responsible, integrated and active society. Finally, the city offering an improving quality of life.Ensuring the improvement of energy efficiency and energy security, and reducing greenhouse gas emissions in the city and the metropolis creating open, integrated and safe urban spaces, which would be accessible to inhabitants and which would ensure multi-functional use, taking into account protection against extraordinary events and their adaptation to the consequences of climate change, strengthening multiparty cooperation. The public spaces in Gdańsk are one of its major assets, determining its attractiveness to residents and tourists. Thanks to the monuments, heritage, beaches, the sea, forests and the vicinity of Żuławy and Kashubia regions, Gdańsk, together with Sopot, Gdynia and the whole metropolitan area, are among the most frequently visited tourist centers in Central Europe.