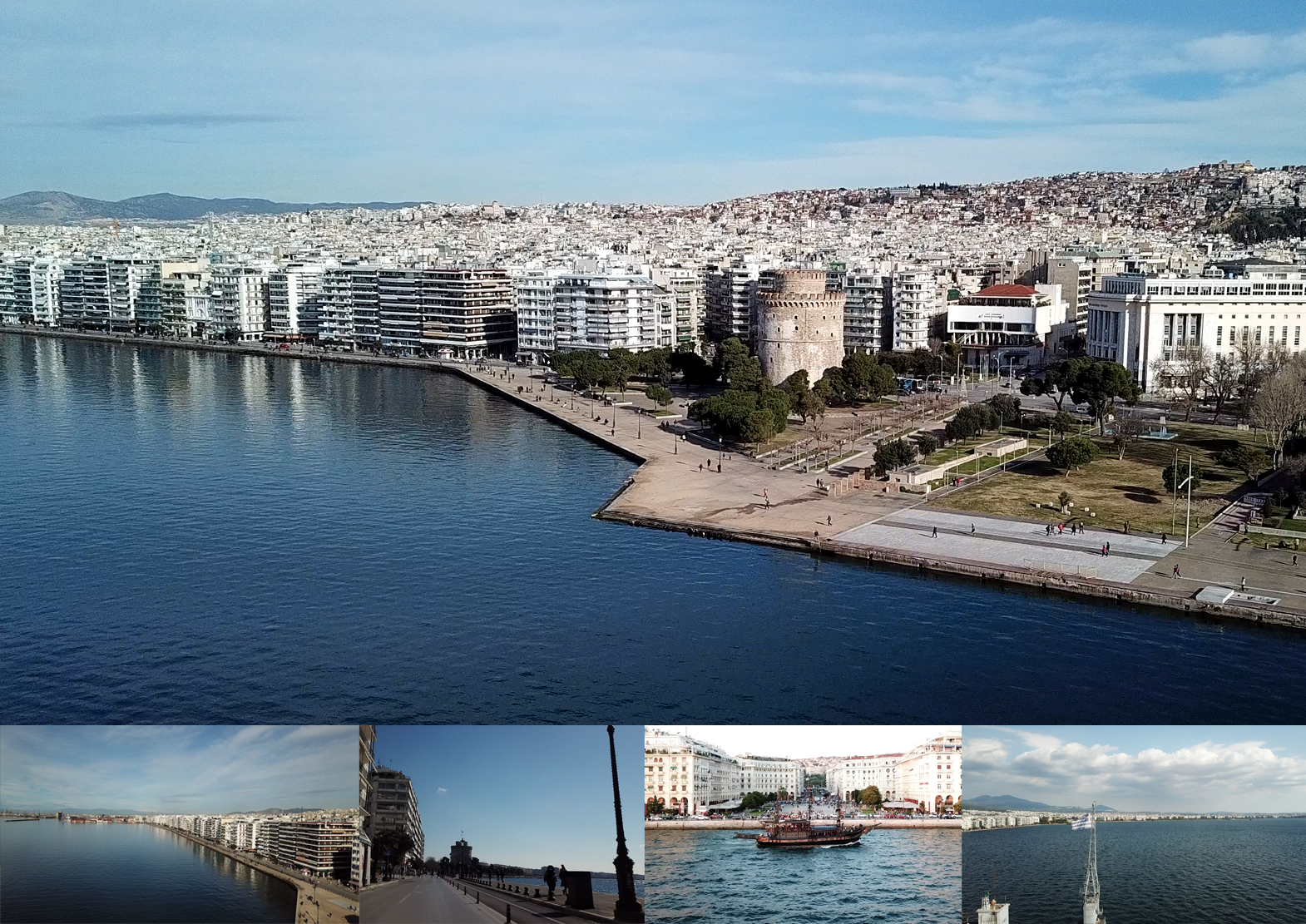 Thessaloniki is the second-largest city in Greece, with over one million inhabitants in its metropolitan area, and the capital of the geographic region of Macedonia. It is also known in Greek as η Συμπρωτεύουσα (i Symprōtévousa), literally "the co-capital", a reference to its historical status as "co-reigning" city of the Eastern Roman (Byzantine) Empire, alongside Constantinople.

Thessaloniki is located on the Thermaic Gulf, at the northwest corner of the Aegean Sea. It is bounded on the west by the delta of the Axios/Vardar.

It is Greece's second major economic, industrial, commercial and political centre and a major transportation hub for Greece and southeastern Europe, notably through the Port of Thessaloniki.

The city is renowned for its festivals, events and vibrant cultural life in general, and is considered to be Greece's cultural capital. Events such as the Thessaloniki International Fair and the Thessaloniki International Film Festival are held annually, while the city also hosts the largest bi-annual meeting of the Greek diaspora. Thessaloniki was the 2014 European Youth Capital. It is home to numerous notable Byzantine monuments, including the Paleochristian and Byzantine monuments of Thessaloniki, a UNESCO World Heritage Site, as well as several Roman, Ottoman and Sephardic Jewish structures. The city's main university, Aristotle University, is the largest in Greece and the Balkans.